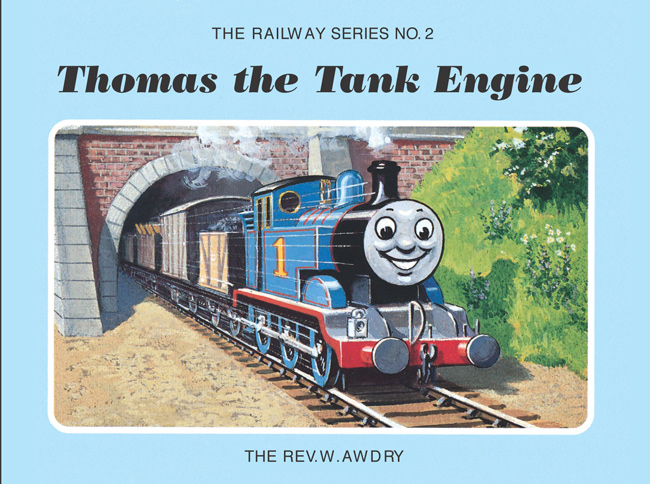 (Or: this is what happens when you hand the keys over to a losertar.)

I was helping my old man with the Christmas decorations yesterday when I found this big wooden crate with all of Thomas the Tank Engine memorabilia. Man, when I was a wee little Fear, I went crazy for Thomas. I used to collect the books and the VCR tapes like a crazy cat lady collecting... cats. Finding that stash, flipping through those dust-covered pages, it really fills you with this stupid amount of nostalgia for the adventures of a bunch of creepy trains in their made-up version Isle of Man. (Preferably narrated by George Carlin.)

I don't have an answer for that. Instead I will be living vicariously through this prompt. And in order to do that I will be giving you a baby prompt for babies.

Your job is to write a children's story featuring an anthropomorphic vehicle. It doesn't have to be detailed or complicated, this is a story aimed at children after all. Your main character is as human as a talking, space-traveling tugboat has any right to be. They, like the rest of the characters, have a simple personality. Their goals and motivations can range from "noble boy scout" to "selfish brat". They have to be lovable though, so much so that the reader will want to see them succeed. And, most importantly, your character needs to succeed, and they must develop in order to 'earn' that success. You can skip the morals in your stories because I hate it when writers get preachy. Basically your story must require no interpretation. It should be as easy to digest as Flinstones Multivitamins.

There's a catch though: no one in your story gets hurt. No death, no broken bones, not even scrapped knees. This is a purely preventative measure and is not at all inspired by Jitzu running away from his brawl with benny with his tail between his legs. Feel free to have as many trainwrecks as you like but no people or animals or vehicles will be harmed in the making of your stories. Also, while we're at it, no kids. Your space-traveling tugboat can have the mentality of a seven-year-old, but I don't want to see any little shits in your story because A) I hate kids and B) I don't want using "THINK OF THE CHILDREN" as a crutch.

Here are a few notes.
* Any genre (if you want to write a Pre-K Cyberpunk story, well, I won't stop you).
* Try to make your stories have meat though; don't rewrite "The Little Engine That Could."
* There's no word limit. Write as much as you like, Merry Christmas, whatever.
* Please remember that your stories should be aimed at kids. If modern entertainment is to be believed, their attention spans are not terrific. Putting it simply - DO NOT WASTE THE READER'S TIME.
* You can give little winks at adult humor or hint at dark themes. I don't have a life preserver though, so if you go overboard then I'm sorry but you'll just have to drown. (I'm not sorry.)
* If you write erotica or fanfiction, I will break into your house in the dead of night and knock your pony figurines off your fucking shelf.

(Please don't fuck this up.)